Despite impacts from the pandemic, we ended 2020 with a balanced budget. This was due in large part to a grant ($24,514) from the Diocese after they received a federal Payroll Protection Plan (PPP) loan. COVID presented several factors that affected 2020: loss of revenue due to buildings being closed to outside groups and loss of additional streams from fundraising activities being cancelled for most of the year. We also felt an impact in decreased pledge income from parishioners. This continued into the first two quarters of 2021.

St. Mark’s began 2021 with a projected deficit. Pledge income through the first 6 months is about 3% behind budget, fundraising is down about 20% to budget, and plate offering is down about 50% to budget. However, with a $29,017 PPP loan we received in March (that we expect to be fully forgiven shortly as we have met all requirements), we have a very good chance of finishing 2021 at breakeven. Our buildings are fully open for outside group use and we expect to return to our fundraising activities. We were able to hold one fundraiser, a giant tag sale, this summer and look forward to having the annual Art & Craft Fair once again and possibly the Big E fundraiser this fall, COVID permitting.

St. Mark’s has been receiving electronic donations for many years and regularly reminds folks of the various methods to do this, including via text message. Reminders are in the Weekly Word emails and are broadcast during the offertory on livestream services. We created brightly colored, laminated “I Give Electronically” cards that congregants at services may place in the collection plate during the offertory. We feel this is a way to connect what might feel impersonal (electronic giving) to the physical act of giving thanks during the offertory.

As presented in Our History, St. Mark’s was founded with the expectation that we would support our mission and ministries primarily through current giving. That said, we have had some very generous parishioners who’ve made legacy gifts or requested gifts made in their memory to the church. These rest in endowed funds with the Trustees of the diocese. We currently have $214,000 in endowed funds generating quarterly income of approximately $2,400. Of the $214,000, about $30,000 is restricted for the Rector’s Discretionary Fund and maintenance of the Memorial Garden.

Our last major capital campaign was in the very early 2000s to fund the addition of the Great Hall and expansion of the sanctuary. While we celebrated achieving the campaign goal in pledges, a few of the pledge commitments were not fulfilled due to varied circumstances. The project also incurred a cost overrun. The shortfall was covered by opening a line of credit which is still in place. Repayment of this has been addressed in varying ways from a set amount budgeted monthly to interest only payments. This line of credit has been tapped for a few other projects over the years with the most recent being a total renovation of the kitchen in the rectory.

Since the major campaign, fundraising efforts have been focused on very specific needs, such as replacement of the Great Hall kitchen stoves and a brick walkway leading to the memorial garden. These are just two of several “campaigns” we’ve held that were successful.

Our next large expenditure to replace the HVAC systems will be financed through a no interest, ten year loan from the diocese.

The community recognizes the need to develop a more cohesive, comprehensive strategy and action plan to grow our financial resources to meet future capital needs.

The committee consists of the Treasurer, Accounts Payable, Financial Analyst, and two at large members.  The group is responsible for processing all financial transactions, analyzing monthly financial reports for reasonableness and projection to year end, working with Vestry on the annual budget, and reviewing any monetary requests from Vestry or the Rector. 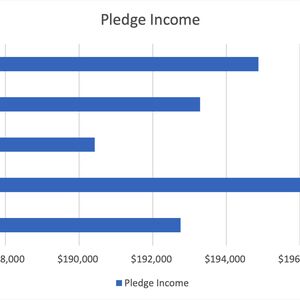 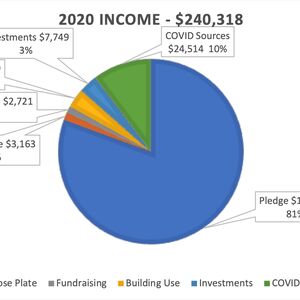 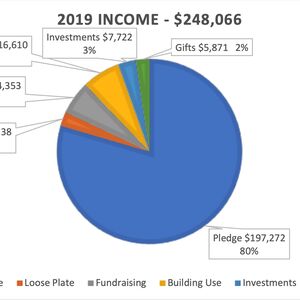 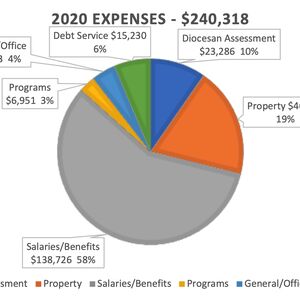 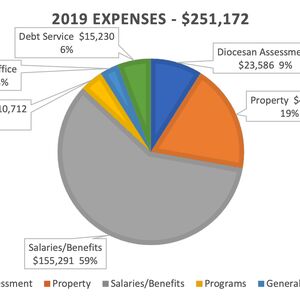 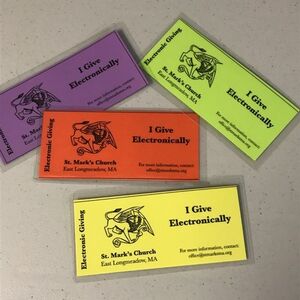