In 1961, a pioneering group of Episcopalians petitioned the Bishop of Western Massachusetts for an Episcopal mission in East Longmeadow. These pioneers are commemorated in our Founders Room with a plaque holding all 103 names. We are mindful of and grateful for the effort they made. In June of 1962, the first service was held in the town’s Grange Hall. In 1963, the Diocese purchased the Landers’ farm at the corner of Porter Road and Pleasant Street and the original building was consecrated in 1965. Today, one of our parishioners remembers attending services in the Grange Hall as a teen (along with her boyfriend who was an acolyte) and they were the first to marry at St. Mark’s in 1965! We became a self-supporting parish in the Diocese in 1978. We look forward to celebrating 60 years in 2022!

Our original cross and altar were very meaningful components of the original church. The cross hanging over the altar was made by a parishioner of teak wood found on the shore of Martha’s Vineyard by another parishioner. The altar was made from East Longmeadow redstone. The cross is still used today, and the altar has been moved outdoors to our Memorial Garden for the occasional service held there.  Another meaningful addition to our sanctuary came in 1994 when the pipe organ, designed and built by a parishioner, was installed.

In 2002, a major addition/renovation was completed adding more space to the sanctuary and the Great Hall, new kitchen, laundry room, restrooms, nursery, and elevator. This made us a handicapped accessible and air conditioned facility.

Our founding principle was that we would be a church supported entirely by members’ pledges, time, and talent. This meant that there was a high level of commitment and engagement. Work to complete the original structure was augmented with members’ toil. Today, some of those founding members have left their legacy with several small endowments but we remain a parish supported by its current members.

A highlight in our history was when a parishioner composed and premiered the Ballad of St. Mark. This has become a favorite song and is sung with gusto each year for the Feast of St. Mark.

In June of 2012 we celebrated our 50th Anniversary in a BIG way! There was media coverage of our Sunday worship celebration. After a fair amount of searching, we were able to dig up the time capsule that was planted at the 25th Anniversary in June of 1987. The time capsule has not been replanted yet. Perhaps in 2022? There was also a gala celebration dinner at the local country club attended by parishioners old and new and from near and far. Each attendee received a commemorative book of our history and life as a parish. It was a great recognition of 50 years of ministry and worship at St. Mark’s.

We have had two vicars, two curates and three rectors. Our second rector, Paul Briggs, was with us for 22 years and our third, Peter Swarr, for 11 years. We have sponsored three parishioners for ordination; two priests and a vocational deacon; an accomplishment that finds us humble and joyful. 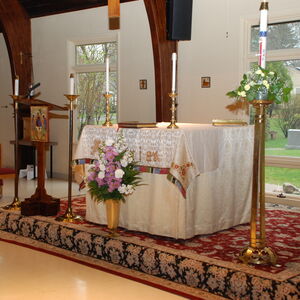 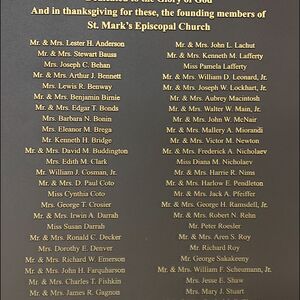 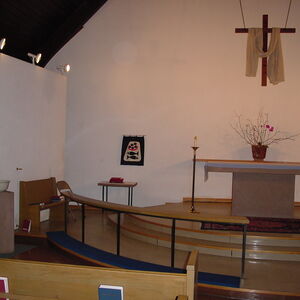 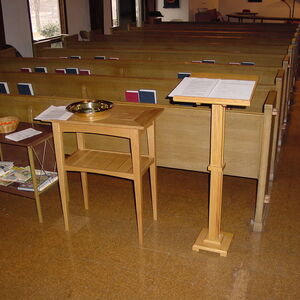 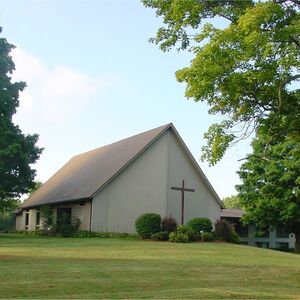 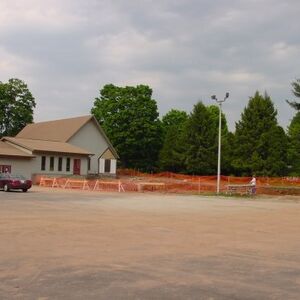